While visiting New York City last year, I visited the 9/11 Memorial.  In observation of this day, I thought I would post two pictures from that visit.  The first, a panorama, gives an overview of the Memorial.  As I walked along the railing, I noticed a yellow rose placed in the engraving of one of the victims’ names, shown in the second image.  I later learned that the name, Ada M. Davis, was a civilian working in the Pentagon and was one of those killed when Flight 77 struck the building. 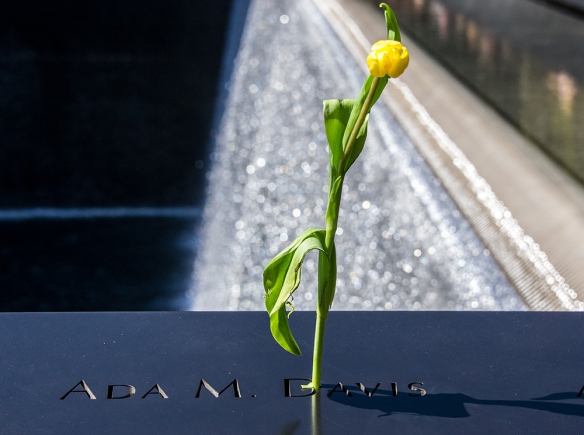