As the ship resumed its southward course, the favorable weather made it possible to navigate the most scenic route to our hoped-for first Zodiac landing.  Neumayer Channel is a 16-mile narrow twisting passage less than two miles wide and bounded on both sides by islands with steep glacial mountains rising as high as 6,000-7,000 feet.  The maze-like route is further complicated by the random appearance of icebergs that have broken away (calved) from the many glaciers on both sides.  A 500-foot ship is not as nimble as the little Zodiacs that would be zipping us around the ice floes. (This Google map lacks much detail, I don’t think the Street View folks have been here yet.)

On the way, a new group of feeding Humpback whales was spotted and the ship maneuvered for a closer look.  At this point I would like to introduce Lorraine Turci, the ship’s official photographer who used her 400mm telephoto to good effect.  (See image above.) She kindly gave me permission to use some of her images on my blog.  One of the more fascinating habit of whale and dolphins is their practice of creating a “curtain” of air bubbles when they are hunting.  The curtain is often used to corral their prey and we all got a rare opportunity to see this in action.  Lorraine’s image below was far better than mine and gives a great perspective on the complexity of these bubble curtains. Here she used a wide angle (24mm) lens which tells you that this happened right next to the ship. If you look carefully, you can see that a snow flurry came through at this moment.

Shortly afterwards, we encountered a pod of 20 Type B Killer Whales, which hunt mostly seals.  Here again, Lorraine worked her magic with the long lens.  (Image below)

The skies seemed to be opening as we approached the Neumayer Channel (Image below). Prospects for a ride in the Zodiacs seemed good.

Port Lockroy, our destination, is a natural harbor that was used as a whaling station between 1911 and 1931.  During World War II the British established a military presence on a tiny island in the harbor, calling the activity Operation Tabarin.  Explanations vary as to the actual purpose, so feel free to launch your own Google investigation.  Designated a historic site, the base was renovated in 1996, and now serves as a post office, museum, and gift shop whose proceeds are used to fund the upkeep of the site and other historic sites in Antarctica.  Although the practice of sending postcards has become  uncommon these days, that word has not reached Port Lockroy.  It seemed nearly everyone on the ship wanted to send a few and we were no exception.  And never mind that delivery is unlikely to occur anytime soon.

Conditions were perfect for our first Zodiac launch and we bundled up in our red polar coats and waterproof boots. The process of getting lots of people onto these lightweight boats was like a military operation, but a detailed description can wait for now.  We were here to see penguins and mail postcards and buy souvenirs and take pictures. 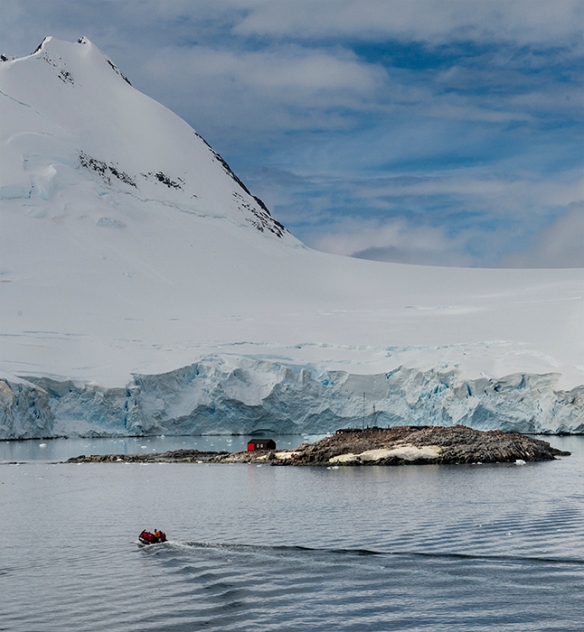 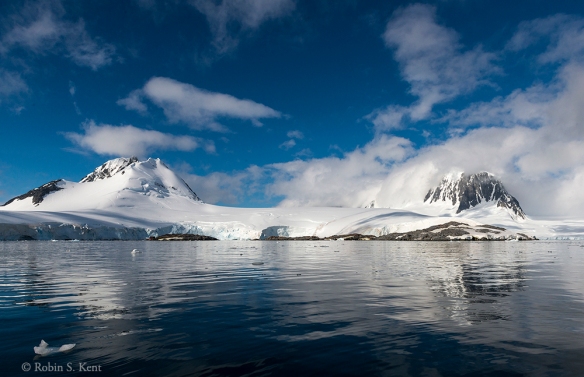 My first shot from a Zodiac

Le Boreal at Anchor in Harbor of Port Lockroy 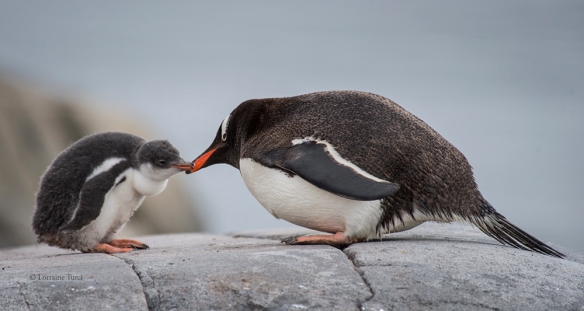 30 thoughts on “Journey to Antarctica – Part 3”