First, a quick update on the Herndon ArtSpace Fine Art Photography Competition.  I was quite pleased on Saturday evening to receive a 3rd Place Award for my “Clearing Storm, Yosemite Valley” image (see my previous post here).  Maybe I should do this more often…or should I quit while I’m ahead?   Anyway, back to the saga of the White Continent………. 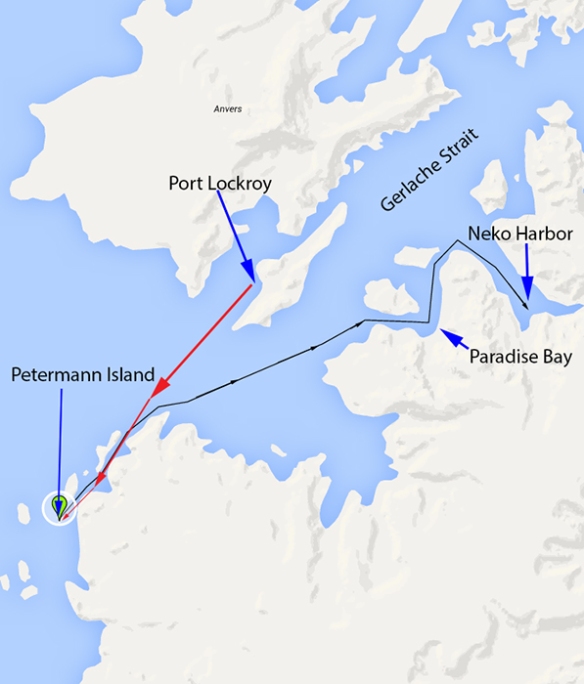 It seems that every Antarctica trip veteran we met before our departure had a different story about the weather.  Although we’ve been there only once, it’s pretty easy to see why.  Even when conditions are not extreme (i.e., enormous waves, huge storms), the weather is still volatile and often localized. This combination can make things very interesting. The following sequence of images on our passage through the Lemaire Channel is just one example. 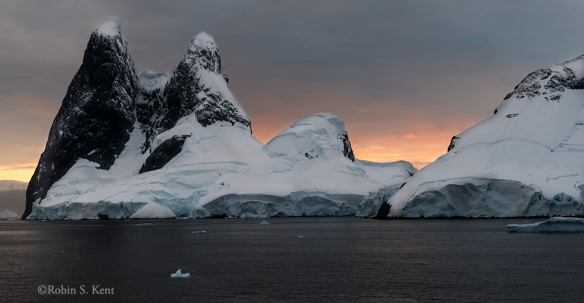 Lemaire Channel is about 7 miles long and a mile wide at its narrowest point. Because of the closeness of the sheltering mountains, it can be as smooth as a lake.  Icebergs, however, can block the passage especially earlier in the season.   Our destination was Petermann Island, home to another colony of Gentoo penguins and no iceberg congestion interfered (two images below). 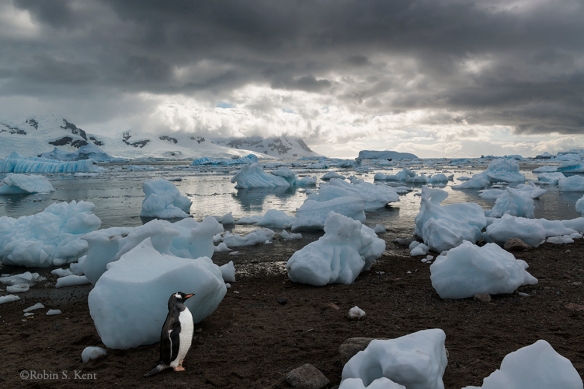 Petermann Island was the southernmost point of our expedition, even though we would not have complained had the captain decided to break ranks and continue on. But such was not the case and that evening we retraced our route through the Lemaire Channel. On the positive side, we were treated not only to some very nice evening light by the setting sun but also the spectacle of a rising full moon (images below) 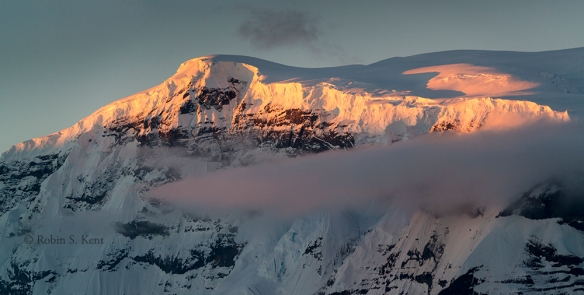 40 thoughts on “Journey to Antarctica – Part 4”