The afternoon stroll through Central Park on our first day only whetted our appetite.  So it seemed that an evening visit to the top of Rockefeller Center would be a good way to end the evening.

Top of the Rock, looking south

The next day, we took the E Train to the World Trade Center to check out the progress on the new PATH Terminal designed by Santiago Calatrava and visit the 9/11 Memorial.  The last time I had been there was in May 2013, shortly after the Memorial had opened and security had been exceptionally strict.   They have relaxed a lot since then.  One can stroll right into the grounds.

View of one of the two reflecting pools, surrounded by waterfalls.

The names of the victims are inscribed in bronze around the twin pools.

Brookfield Place, housing scads of places to eat and shop, is right across the street in Battery City Park.  We only had time for a quick peek, but I am definitely going back to explore Le District (billed as a French market) in detail. This place is gy-normous. 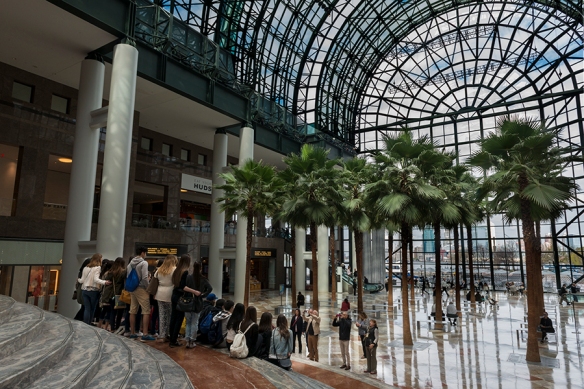 The Winter Garden Atrium looking out toward the Hudson River 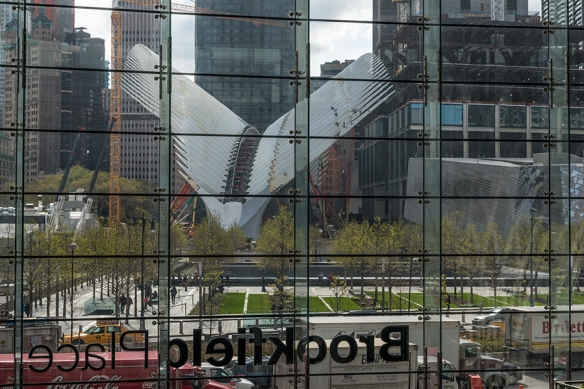 View from Brookfield Place looking toward the PATH Terminal under construction.

The new PATH Terminal is suffering a lot of ridicule in the New York media. But, having seen structures designed by this controversial architect in places such as Valencia, Barcelona, Milwaukee,  California, and Buenos Aires, I expect it will be impressive once it is finished (assuming the engineers can fashion his design into reality).

The next morning we headed over to the High Line, a 1.5-mile elevated train line that has been transformed into a highly popular aerial greenway. 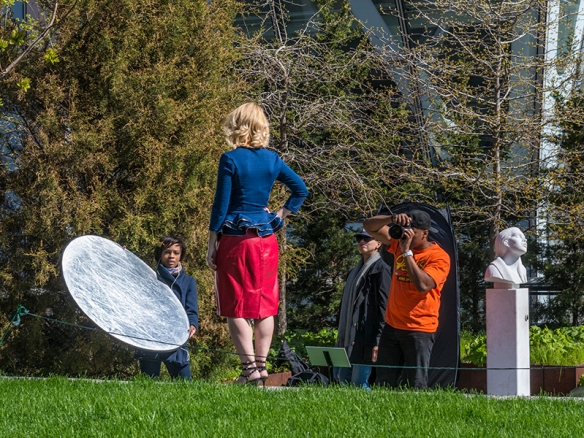 If it’s New York City, there will be a fashion shoot

Hidden Gem: The High Line Hotel courtyard, just a block away from the actual High Line, is a great place for a coffee break.  Previously part of a seminary, it was once a large estate and apple orchard owned by the man who is thought to have authored “The Night Before Christmas.” 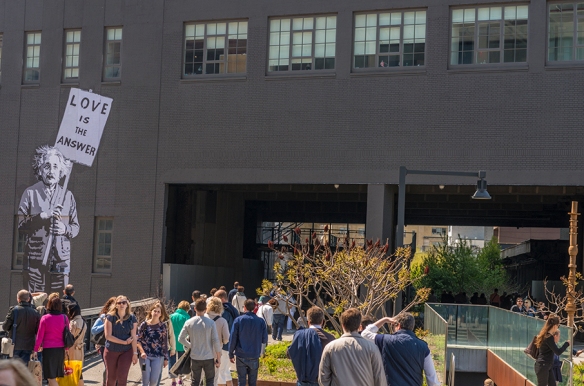 It was opening day and the line stretched for several blocks.

But the view up there is supposed to be great

Maybe on the next visit….