The U.S. Air Force Memorial, sited on a promontory overlooking the Pentagon with a commanding view of the Washington skyline, is becoming an increasingly popular stop for busloads of students visiting the nation’s capital. 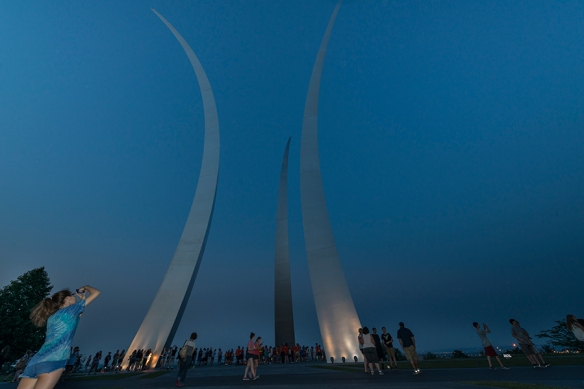 Following its dedication in 2006, it seemed few people knew of its existence, but it seems to have been discovered in recent years and the hours around sunset seem to be especially popular. 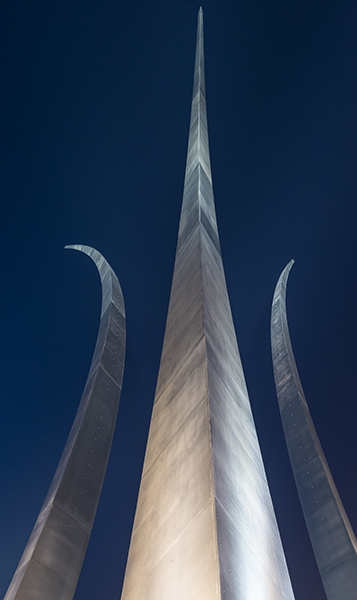 The memorial is the last major work designed by James Ingo Freed, who also designed the US Holocaust Museum in Washington, DC.  It features three stainless steel spires that soar skyward, evoking the “bomb burst” maneuver perform by the Air Force Thunderbirds. 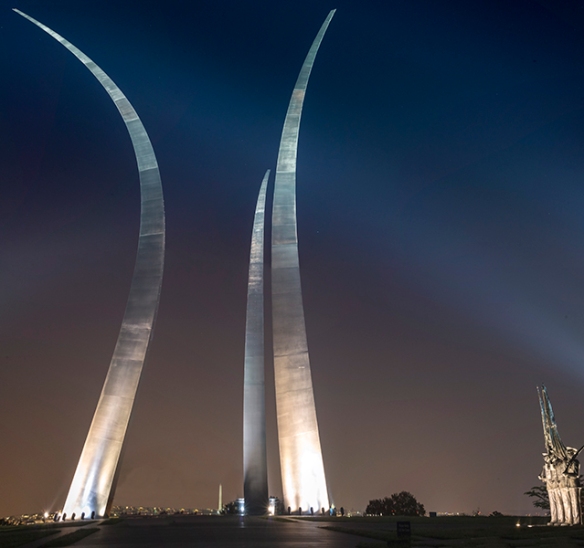 View to East with Honor Guard Sculpture on Right

The small vertical spire in image above—between the left and middle spires of the Memorial–is the Washington Monument.  The lower two-thirds of the Memorial’s spires are filled with concrete and the upper portions are hollow.  Each spire has a transition section between the concrete-filled and hollow segments containing a one ton lead ball that is allowed to roll in a steel damper box.  This feature is intended to stabilize the spires in high winds. 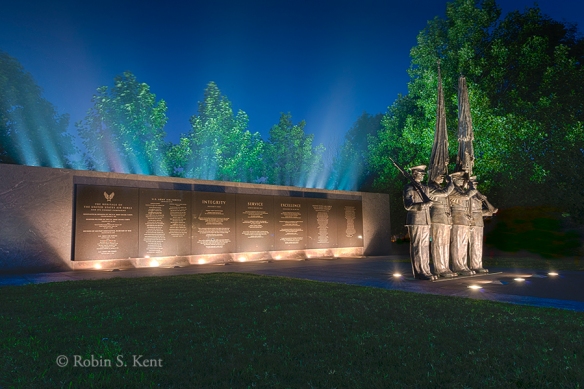 I visited the memorial earlier this week, and the high humidity combined with the floodlights on the South Inscription Wall made for a rather dramatic effect.

Tonight, and every Friday night during the summer, the USAF Band will perform a free concert for the public.  Click here for details

18 thoughts on “USAF Memorial at Night”