As we continued up Route 47 to the waterfall at Kirkjufell, a series of intermittent showers began to tantalize us with a series rainbows shimmering in the fjord (Hvalfjörður, which is about 30 km long and 5 km wide). We finally found a place with enough room to park off the road, but as we scrambled out of the vehicle we were immediately buffeted by extremely strong wind gusts.  Nevertheless, a complete rainbow hung over the water and we would not be deterred.

This was the last we saw of any sunshine on this day.  By the time we reached the waterfall, the wind was approaching gale force (my opinion, based on the fact the rain was going more or less sideways).  But extreme weather can be an exhilarating experience and while I captured no memorable photos at this waterfall, I’m not likely to forget the power of the wind and rain during my brief excursion around the falls.

Based in Hellnar for the night, we headed out to Arnarstapi for a twilight photograph of the Gatklettur Rock, a natural arch formed on the beach.  The rain had slackened, and the dark clouds provided a foreboding scene. Two members of our group can be seen in the lower left corner of the first image, prviding a sense of scale. 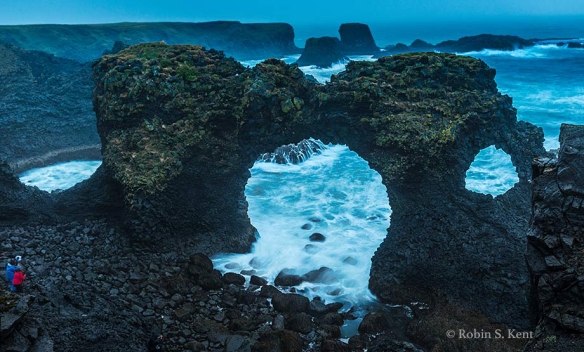 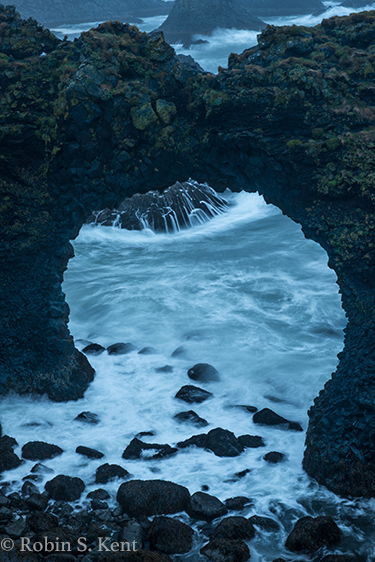 Since the images of the horses were well received, here is one more which I suspect is an equine interpretation of the verb “photobomb.” 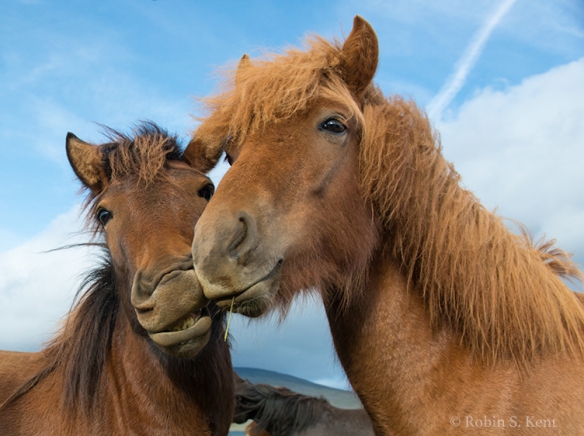 I failed to mention in the previous post that the horses were located in a large pasture along Route 47, about 7 km northeast of the intersection of Route 1 and Route 47.