Last night, my sister (who is a photographer based in Pennsylvania) and I decided to try and capture an image of the full moon rising.  My sister is visiting for the Thanksgiving holiday and the coincidence of a full moon in late November on a perfectly clear night with temperatures in the low 60s was impossible to resist.  The result is posted below. 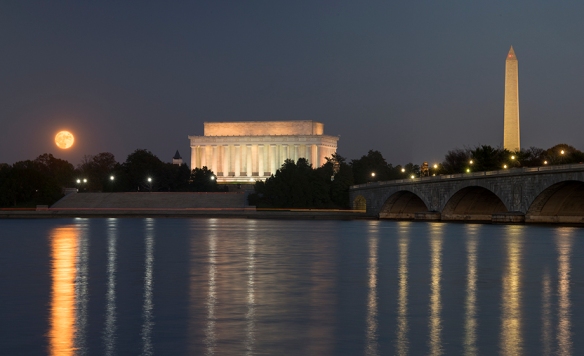 Knowing where to be and when to be there is often the key to a special image.  Most of the time the “when” is hard to know in advance.  But one opportunity that occurs like clockwork every year is the phenomenon known as “The Christmas Angel” at the National Cathedral in Washington, DC.

At the back of the Cathedral (opposite end from the entrance, known as the apse), high on a wall, there is a row of statues of angels spaced at regular intervals.  The statues are not particularly remarkable because they are in the shadows and one would not normally notice them.  But there is one statue that becomes a major attraction for a few minutes each day in the months of November and December.  A stained glass window high on the opposite wall is perfectly located to allow a shaft of light strike the back wall of the nave at midmorning. 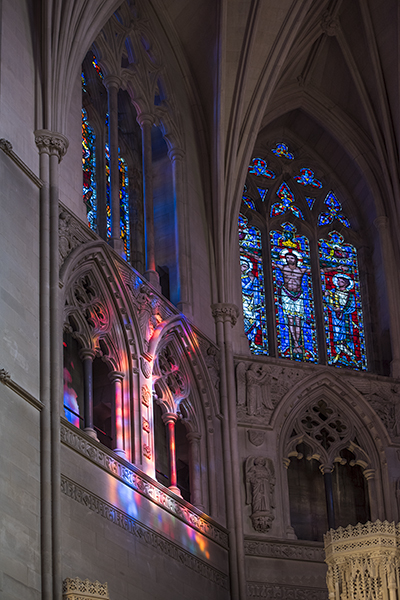 The image above shows the light striking the wall to the (photographer’s) left of the statue, which is hardly visible. 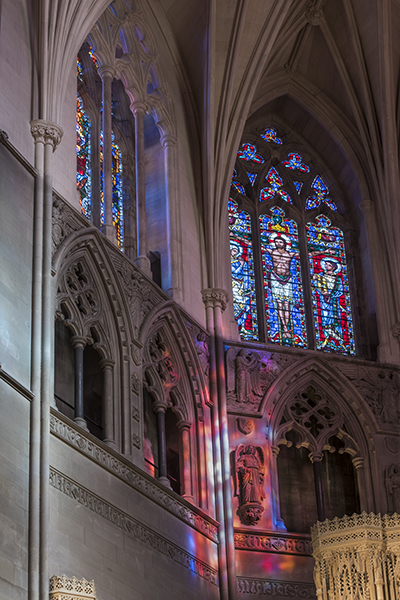 Thirty minutes later, the light has moved to the right and begins to illuminate the statue.  By 11:20 AM the statue is fully illuminated and will remain that way for about five minutes. 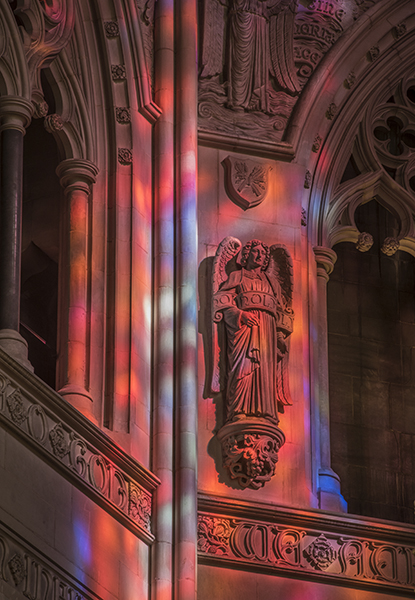 After a few minutes the light begins to disappear as the sun moves out of position.  See the image below. 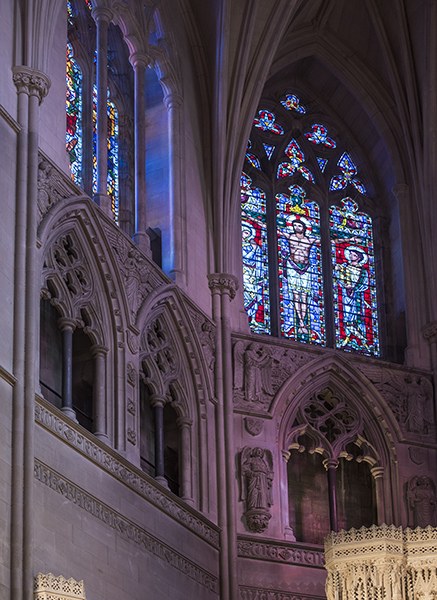 Last night was Friday the 13th, and I was hoping to get lucky with the crescent moon as it was going down in the western sky.  Catching a crescent moon at twilight is kind of tricky, because you have several factors to consider.  For example, if you want to capture the rising crescent, you will be shooting at dawn a couple days before the New Moon. If you want a moonset, then it will be at sunset a couple days after the New Moon. Other factors include the location of the moon on the horizon, size of the crescent, and the time of the setting or rising sun.  All of these can be determined with one of the various smartphone or tablet apps such as The Photographer’s Ephemeris (TPE).

Most of the factors looked promising for the crescent after sunset on the 13th.  It was two days past the New Moon and, according to TPE, it would be lined up fairly well with the Jefferson Memorial with the Tidal Basin in the foreground.  The size would be a little smaller (<5% illumination) than I would have liked and a bit higher in the sky (9 degrees), but otherwise there seemed to be a lot of potential.  So I headed down to the Tidal Basin to see what would happen. 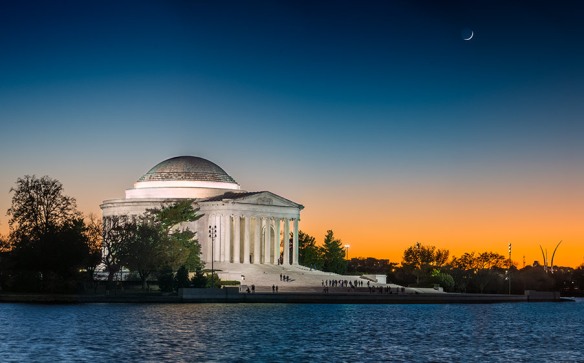 I started shooting about 10 minutes after sunset and stopped about 55 minutes after sunset.  The best results were at about the 35 minute mark, seen above.  Those looking closely will see the three spires of the USAF Memorial on the right side of the image.

Today is Veterans Day, originally established for commemorating the armistice that ended the hostilities of World War I, which ended the shooting on the 11th hour of the 11th day of the 11th month of 1918.  Originally called “the Great War,” the conflict then became known as “the war to end all wars,” but now is merely called World War I.”  Rather than join the crowds and politicians at Arlington Cemetery, or partake of a free meal for veterans at one of the many chain restaurants, or buy a green LED light at Walmart, I thought I would visit the U.S. Institute of Peace, located at the intersection of Constitution Avenue and 23rd Street NW. 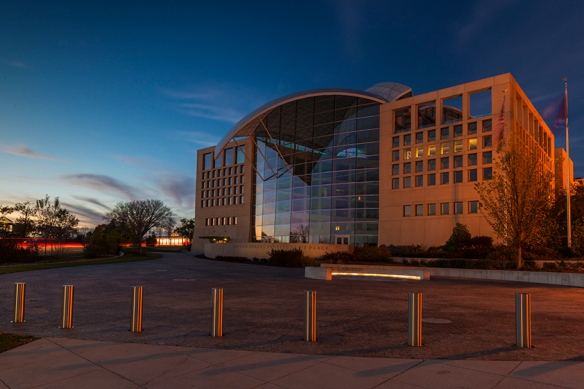 Those interested in knowing more about the U.S. Institute of Peace can check the organization’s website here.

Keep shooting…(but only with a camera)