Tomorrow’s meeting wasn’t going to start until 9:30 AM and the hotel was a 2-minute walk from the Connecticut River.  A quick check of The Photographer’s Ephemeris app revealed there would be an opportunity for a sunrise illumination (at 7:05 AM) of the Hartford skyline across the river.  OK, set the alarm for 6:15 AM.

Arriving at the river’s edge the next mornioing about 20 minutes before sunrise, I had a few minutes to check things out and noticed a stairway leading up to Founders Bridge. At the top of the stairs,there was a magnificent pedestrian walkway, wide enough for a car and way better than anything we have in Washington. 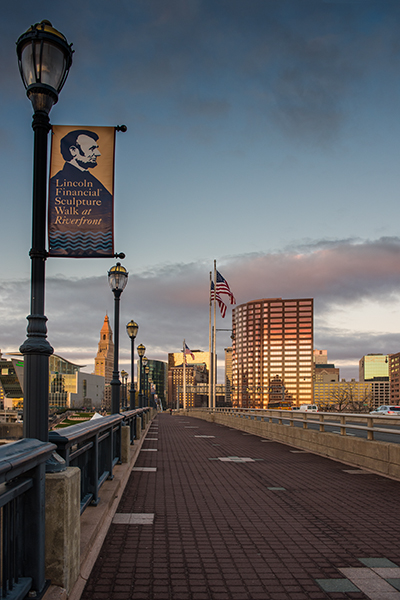 And it turned out this was no ordinary promenade.  It was part of the Lincoln Sculpture Walk that follows a course through two riverside parks, one on each side of the river.  Made possible by a $500,000 donation from the Lincoln Financial Group, a local firm, it features 15 permanent sculptures dedicated to the life and times of Abraham Lincoln. Those who know my photography know that the Lincoln Memorial is one of my favorite subjects. 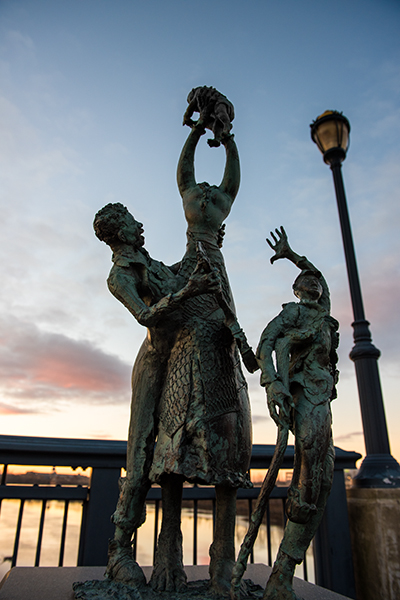 This sculpture, “Emancipation,” was fortuitously (for me) placed right a few steps from the stairway landing.  It is one of two works in the Sculpture Walk by Preston Jackson, a prominent African American artist from the Art Institute of Chicago.  It depicts a female slave carrying her infant and a few possessions toward freedom.  The soft illumination of the twilight minutes before the sunrise seemed to underscore the power of the work.

As the sun edged above the horizon, the colors began to illuminate the city’s skyline.  The image below was captured one minute after sunrise. 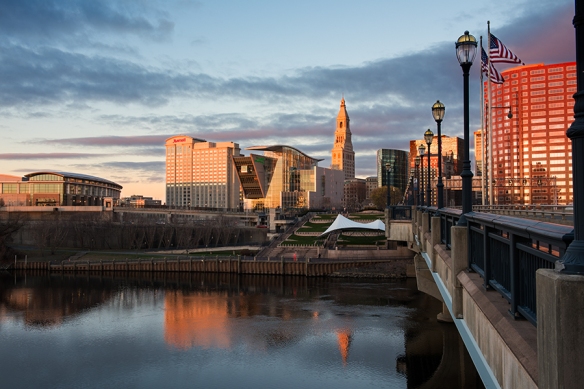 But I could see that there were might be more potential down below along the river’s edge and I retreated down the stairway and found a good spot to wait. My luck continued as a series of clouds continued moving in from the west and the light breeze began to subside.  And sure enough, about 15 minutes later, the golden light reached its peak. 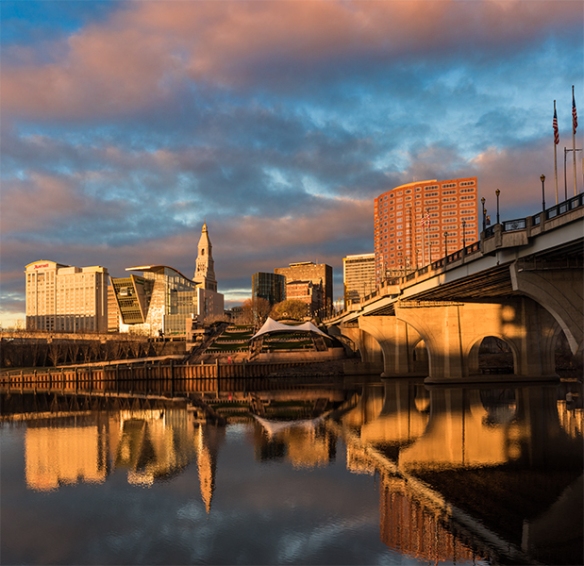 As I walked back to the hotel, it seemed that going out for a morning walk was a lot better than sleeping in.